ATSyRA provides tooling to define both the domain model and the attack tree used to analyze potential security threats on this model. 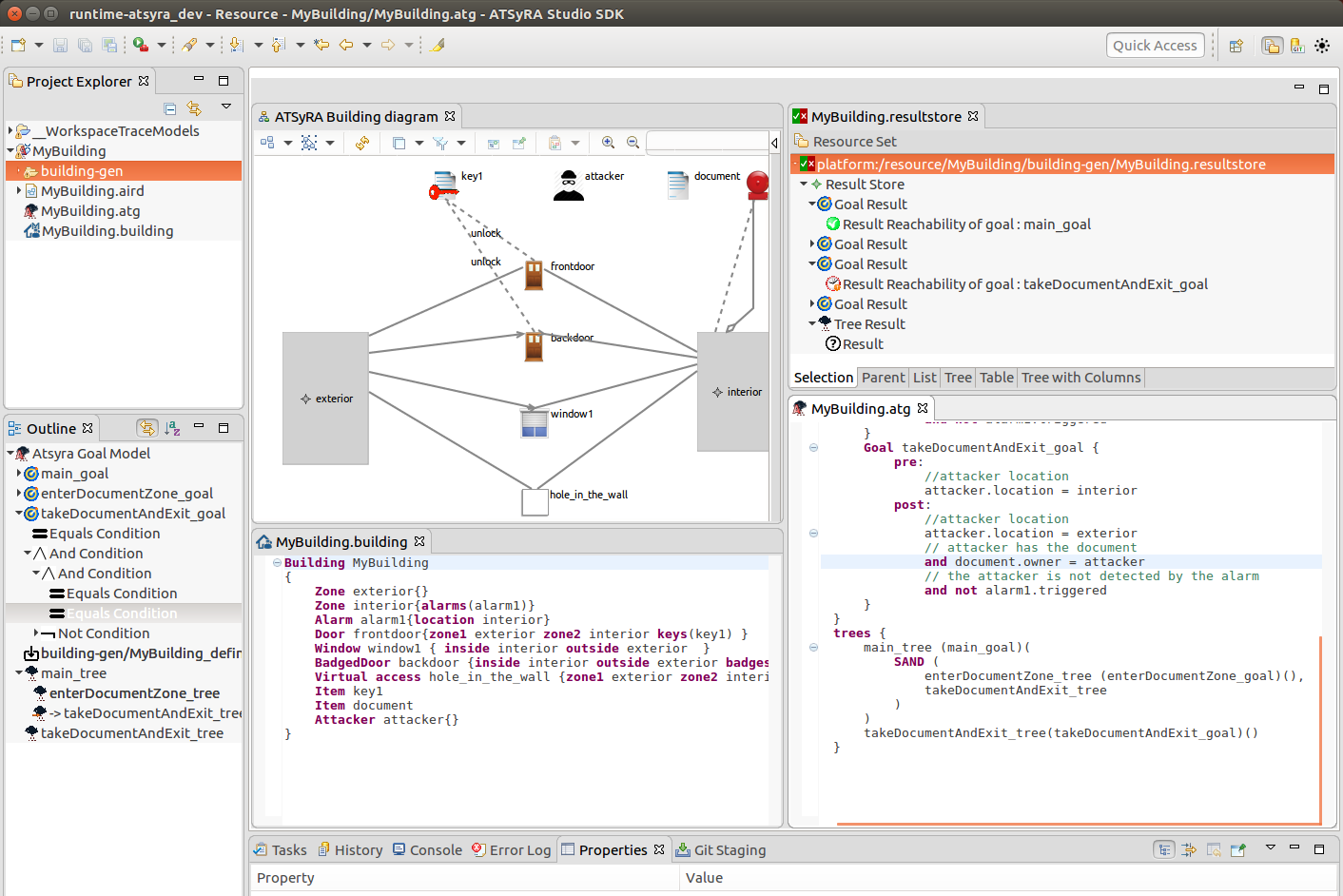 We developed ATSyRA as an Eclipse plugins. We rely on model transformation technique, within the EMF framework, which allows to easily add new feature at any point of the ATSyRA process

Thanks to DSL technologies, the approach can be applied to several domain with little effort. The current environment is provided with the following domain as examples:

The Netspec domain supports hosts connected by links, password protected files, sessions requiring a login, protections such as firewalls, antivirus or IDS, and attacker's skills separated in four categories (hacking, decrypting, virus utilisation and login enforcing), and measured by a level (from 0 to 3).

Thanks to DSL technologies, the user can use either textual or graphical editor depending on his preferences. 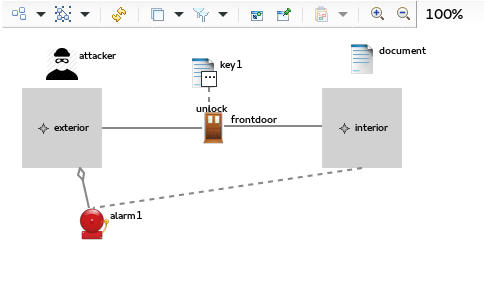 The graphical editor allows for easier visualization, and correction of the model. Some edition functionalities are not yet implemented rely mostly on the textual syntax for experimentation.

The two editors, textual and graphical, are connected so that a modification in one editor updates the other.

The user is free to use his own process to draw the trees. In that case, ATSyRA provides verifications tools in order to gain confidence in the modeled trees.

Given a goal, ATSyRA can query its reachability in a system, and produce witnesses.

The system with respect to which the verification are performed is given by the naming convention that its file name (before its extension) is the same as the name of the .atg file.

For some of the repetitives tasks, ATSyRA can synthetize trees. It can also suggest some optimisation or factorisation.

Before synthesizong trees, ATSyRA can synthesize attack scenarios, which are sequences of actions.

The tree synthesis part of ATSyRA is not available yet.

Based on state-of-the-art model checkers

As the verification and synthesis task are time consuming, ATSyRA is based on state of the art model checker tool.

We use the ITStool model-checker for reachability analysis and verification of the correctness properties. We use the model-checker as a blackbox, by translating our input model into Guarded Action Language (GAL), and running the analysis on the generated GAL model. Symbolic model checking allows a compact encoding of the statespace, which helps tackling the statespace explosion problem. ITStool has been shown in Model-Checking competition to be able to handle big statespaces, with up to 10^12 states

Download the Eclipse-based ATSyRA Studio as a single bundle.

System Requirements: Java 8 is required to be installed on your system.